Skip to toolbar
Skip to content
Welcome to RTO

Ortega (2009) and Brown (2014) are the main reading for the second weekend class. Ortega focused on Age while Brown preferred to First Language Acquisition. We also have discussed some points with classmates.

According to Ortega (2009), age emerges as a remarkable site of difference between L2 and L1 acquisition. The possibility that a biological schedule may operate and the possibility that there may be a ceiling to L2 learning is controversial in SLA. I understood some key terms such as Critical and Sensitive Periods, and Ultimate Attainment. There are also two main questions were asked:

According to Catherine Snow and Marian Hoefnagel-Höhle (1977, 1978) found that adults and adolescents were better than children in terms of what they could learn in a 25-minute instruction session or up to a year. Although the advantage of the older learners began diminishing after ten months or so, the findings were surprising because they flatly contradicted assumed critical period effects. Similarly, Stephen Krashen, Michael Long and Robin Scarcella (1979) concluded that older is better initially, but that younger is better in the long run.

Ultimate attainment refers to the potential or possibility of a L2 learner to acquire native-like competence. Julies was an example of Ultimate attainment. I also did a fruitful discussion with classmates on these two questions.

In my experience, when I first learnt English, I followed almost one hundred per cent to my teacher reading. I never even think my teachers read it wrongly. In my teaching, I am usually flexible to the real context in the classroom, though I have a lesson plan, but make sure It reach the aim of the lesson. 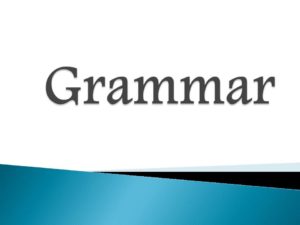